At East Wickham Primary Academy KS2 children from Year 3 through Year 6 learn to speak, read, write and even sing songs and play games in Spanish. The lessons are taught in 2 blocks of 6 weeks.

Across the year groups, children are learning how to greet each other, how to say their name, their age and where they live. Some of the favourite games that we play to practise the newly learnt skills are: Noughts and Crosses, ¡Zap! (Snap), Bingo, Repetir si es verdad (Beat the Teacher), Puppet show, Simon dice and the Flying Elephant. We also sing songs to reinforce the newly learnt skills and vocabulary, such as: Red es rojo, Buenos Dias, Uno no tengo ninguno, Juan pequeño baila, Days of the week, Months of the year and more.

Throughout the year children in various year groups will learn many things, including numbers, colours, food, days, months, animals, body parts, family members, and clothes, also how to give opinions and how to describe objects, people and feelings. Each year group is exposed to some Spanish literature, where they are able to apply their skills and understand the story, starting from retelling the story, through sequencing it, giving opinions onto using it to make their own. 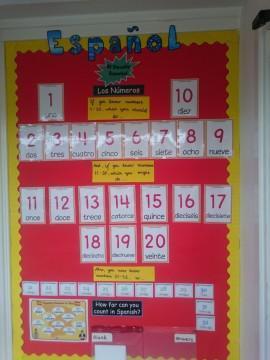 Year 3B had a fantastic start to learning Spanish last week, with so many children keen to show off what they already know. Today, we practised greeting each other using puppets. Muy bien a todos! Mrs Ermis - November 2018

On Friday, our last but not least day of the fabulous Spanish Week, the Year 4s took a virtual trip to Mexico. We explored this extraordinary country though geography and art, looking especially at el Día de los Muertos and its traditions, such as 'papel picado' (cut-out paper). Children's cutting skills were put to test with this really tricky but fun activity. They have also practised some Flamenco moves. I must say it has been amazing this week and everyone has thoroughly enjoyed and learnt a lot. Mrs Ermis 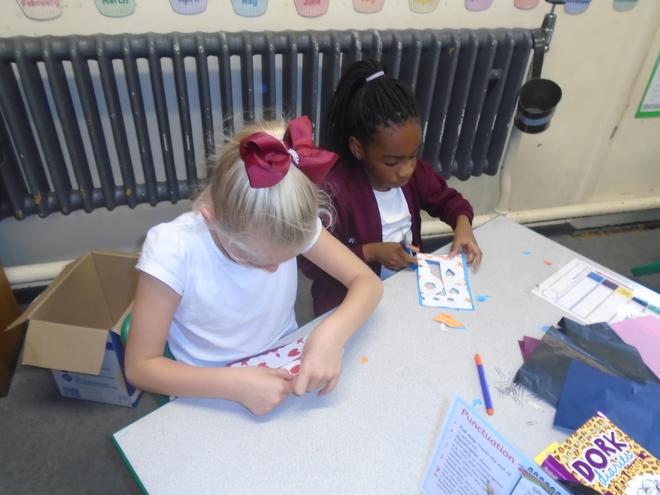 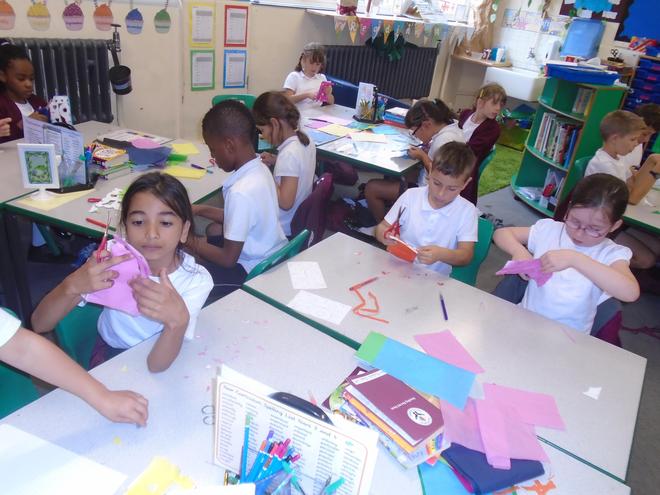 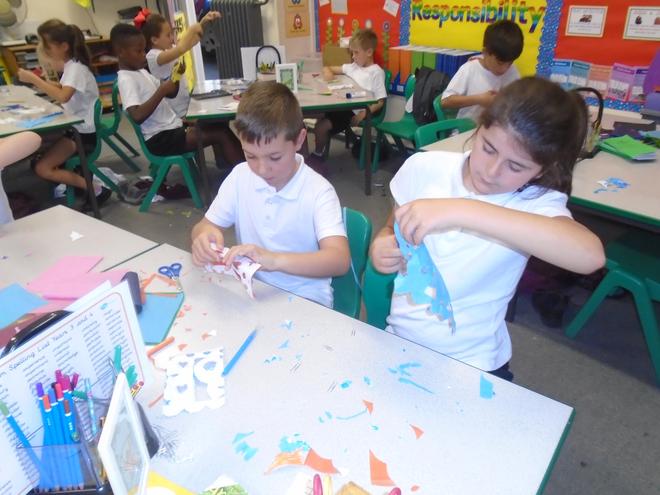 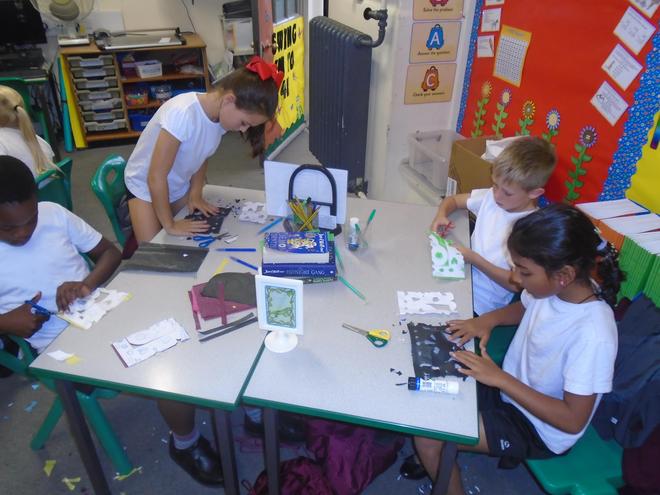 Classes 6B and 6S took part in our Spanish Fashion Show, where they had to show off their outfits and describe them in Spanish. What a great way to end such a busy term! Well done to all the children and I hope you'll  continue to learn Spanish in your future schools.